OK, so I've read this book many times, and I can say
that it is PERFECT! The Phantom Tollbooth by: Norton Juster has the perfect blend of humor and adventure, and it has a really fun kind of vibe! See, the story is about a boy named Milo, and his quest to bring back the princesses Rhyme and Reason with his faithful companions Tock, and the Humbug. As you all know, here at the Blob Blog we're all about being random and creative, so this
book fit in perfectly! If you're thinking about a book to read, that you can put on your summer reading lists, read The Phantom Tollbooth!

The Kid Should See This

What up, it's The Blob Blog, with a new cool site for you to check out! I was a little tied with either to put this in the Weekly Blob, or in the Reviews section, but I've evened it out and I've decided to put it under reviews. Okay, stop biting your nails! The site is called thekidshouldseethis.com . And, as we all know, long website names ROCK.
Anyways this website features videos about Science topics and things that are really COOL, but were made for people who really don't care about the concept. For example, you might find it absolutely awesome to know how feathers evolved onto the few creatures on this Earth, and only the majority of them can fly; The Kid Should See This has it absolutely all. Though the epic knowledge you can get from this site, would your parents really care about feathers? Well, at least one person sees a great video and says, "The kid should see this!". Check it out, it's awesome!

Okay, so at our school, Coolmath is VERY popular. It is a website where you can play math, logic, skill, and many other types of games! Not all of the games are about math, but they all make your brain think and use its skills to get through obstacles and courses.  I like the site myself. It is a good chance for kids to learn and have fun at the same time! Learning and having fun are usually NOT mixed. But at cool math, you'll find it all!

Coolmath is NOT a website that will rot your brain. It is a website that will have your brain soaring! You might even see improvements in your grades!  So next time you are sitting at home with nothing to do, grab your computer and go to Coolmath.com! I promise you will love it! And your parents will too! :)

Slushy magic is a slushy making kit that come with one cup, three ''magic'' cubes, and a spoon straw. When I first saw the commercial I didn't think it could possibly work. Well, sort of. But not as well as it says it does on the commercial. You are suppose to put the magic cubes in your freezer and let them freeze, pour your favorite drink into the slushy cup with the frozen cubes, and then put the cup's top on. After putting on the top, you shake like, forever. I like to put mines in the freezer for ten minutes and then shake some more, but yeah. My problem with the Slushy Magic is that on the instructions, it says you have to shake for two minutes... well I had to shake for fifteen minutes, put it in the freezer, and then shake again :(. Also your slushy will come out more liquid than thick and icy. You have to really shake for about an hour if you want a real slushy. I would rather just go to the gas station and purchase a slushy. Doing that is MUCH easier. Although, if your car just happens to run on electricity and you never go to the gas station, and have a MANATEE SIZE CRAVING for a slushy,  and ONLY then would I recommend buying the Slushy Magic slush kit. I'm not saying it doesn't work, I am just saying that if you want a real slushy you will have to shake for a much longer time than you think.

Don't go begging anyone to buy it unless you absolutely LOVE super cold drinks with ice flakes in them. My opinion, when they show it on the commercial, they advertize it as 'fun' to make the slushy...but no. But if you have patience (Patience, which here means: you can last happily by shaking a cold slippery cup for about a million days...) which is something I lack in, then you will find slushy magic the right thing for you! You could just take your favorite drink, freeze it, and then put it in a blender. But I don't know how well that would work out... or if it would even work! Don't get your hopes down! I'm sure there are many ways to make a slushy, but it won't be gas station material. It will be good enough to fill your stomach when you want something sweet! I always thought that all those cool TV stuffs that they advertise was really awesome! The commercials find a way to make you think that everything they sell is awesome and fun. I don't know how, but I end up under they're 'spell' too!

What should I do now, you may ask? Well, if I were you, I would avoid buying Slushy Magic! I only give it two stars of five, because it doesn't exactly work as wanted. Especially if you have a lot of people living in your house, and the Slushy Magic only comes with one slushy cup, and you can make as many as you want but it would take four hours to make three good ones. . I hope I saved you some time and money here today! Thanks! Here is something you can do to make a slushy easily. It might take some time,
I have just done a little research about Slushy Magic. What is really INSIDE of the cubes? I mean, you don't want to cut them open and see! It's really salt water.  I believe on the commercial it said you had to freeze the 'magic cubes' . When I found this out, I knew there was a much easier way to do this. You'll need:
-1 gallon size plastic baggie
-1 sandwich size plastic baggie
- salt
-water
- a drink of your choice

1. Fill up a tiny bag half way with water.
2. Into the tiny bag, pour in a lot of salt. I'm not putting a measurement because it's okay if you put a bit too much.
3. Seal and shake the bag over a sink. The excess salt will sink.
4. Freeze this baggie over night, it's better to do this a night time so you don't get too anxious.
Why over night? Because, the salt brings in heat and you want it to freeze, so it takes longer. Do these last steps quickly because the ice will melt quicker than normal.
5. The next morning, put the tiny bag full of COMPLETELY solid white ice into the gallon size bag.
6. Pour the desired drink inside the gallon bag.
7. Seal and shake over the sink until the drink turns slushy like.
8. Pour it out of the big bag into a drink and enjoy!
Why does this work better than slushy magic? Isn't it mostly the same?
Yes, they are quite alike, but without the thick plastic on the cubes, it freezes more solidly and colder. Plus, there is more salt to take away heat.
What is the science behind this?
The salt likes to take in heat. So, if you put water and salt together, the longer it will take them to freeze. Anyways, when you put the white ice and the drink together, what happens?
The salt will take away the heat from the drink and the drink will cool due to the ice, when all the heat is away, it also becomes more and more like a slushy. 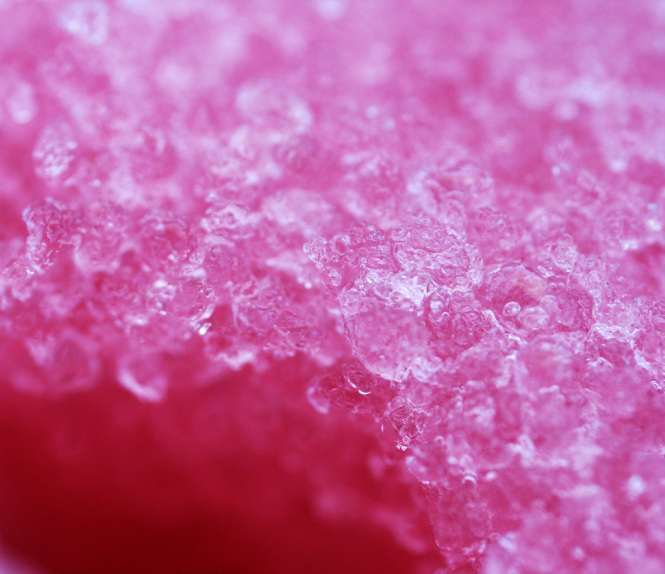 This week is all about the numerous, small, squishy round balls named Orbeez. Orbeez are super fun to play with, being the squishy bouncy balls that they are. The polymer balls take four or so hours to grow to maximum size in water, which can be a little hard to wait for. They take a while to grow, but it's definitely worth the wait when it's time to play.
Some of us don't find growing bouncing balls that amusing, but don't turn your head. The Orbeez company has plenty of great little gadgets and machines for use of making cleaning up fun with a LadyBug RC Scooper, to a luxurious Orbeez Soothing Spa. And in between there are Magic Light-Up globes, Orbeez Lamps, and other enjoyable machines for the Orbee lover. 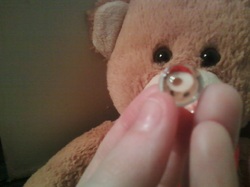 If one thing is really cool about Orbeez, it's that they're little spherical  magnifying glasses. They also turn them upside down if placed far from the object as in the picture to the left, really don't know why they magnify things, but I believe they magnify items because they're based on water and grow that way. Unfortunately, I don't know the science behind this!

Like always, Orbeez are a great time waster, and for those of us up for the challenge, can be an amazing source of fun science. SCIENCE! What can be better than that? Orbeez are an over all great little toy that almost everyone likes. There's not much to say about them, but their mystery makes them all the more fascinating.

Orbeez are great fun for a while, but if stored improperly, they turn moldy and you can't get them back to normal. When you leave them out, they turn small and can be put in water again to grow. So be careful when storing them! A jar would be best, but make sure you play with them often or they will get old and nasty.
Powered by

Create your own unique website with customizable templates.
Photos used under Creative Commons from abbamouse, QuinnDombrowski